There were no Hall of Leaders in 2020 due to the COVID-19 pandemic. 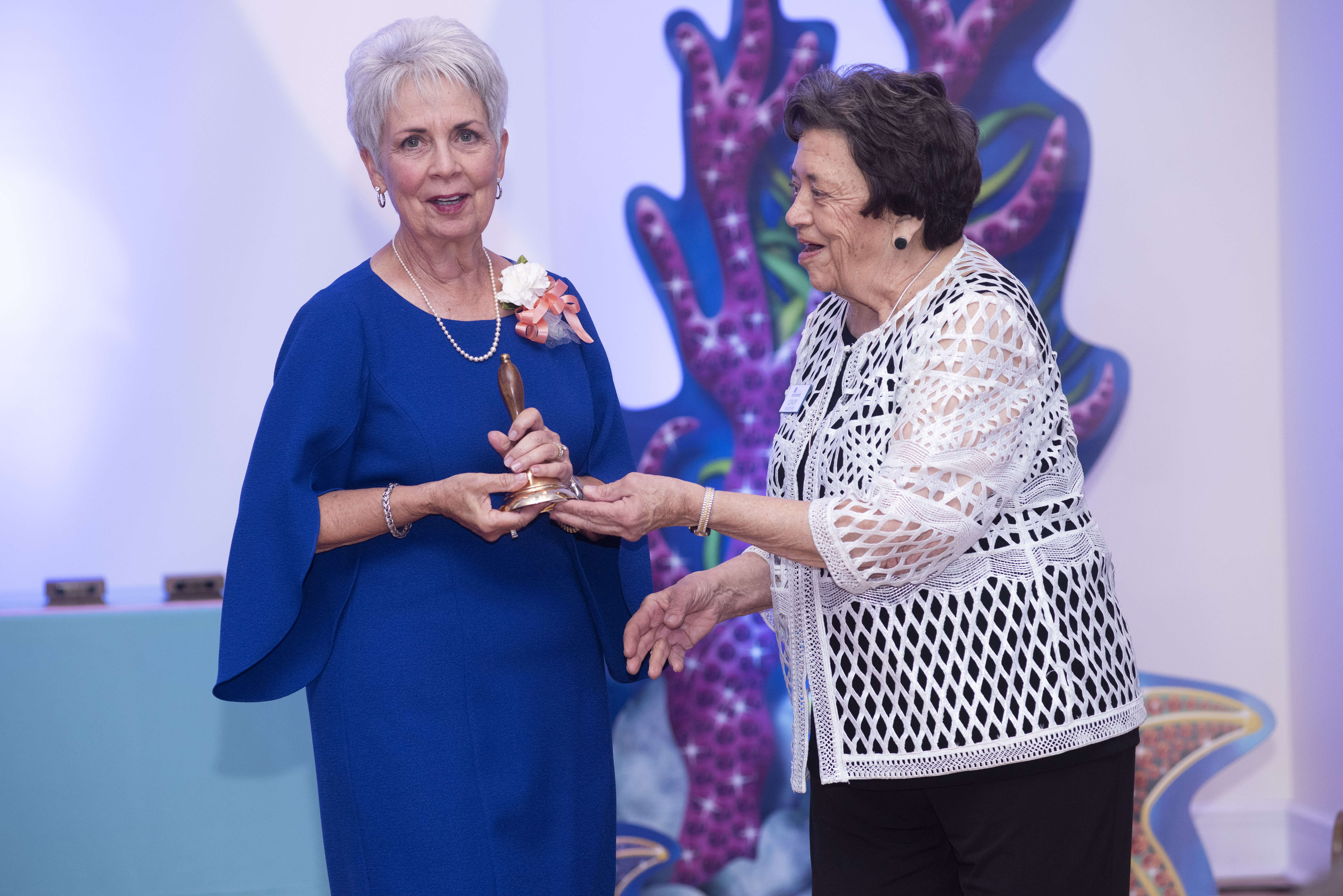 Jan Mees served the Columbia Public Schools as a library clerk for four years at Fairview Elementary and then as a library media specialist for 17 years, including as the media director at Hickman and as the specialist at Lange and multiple elementary schools. Following her retirement, she continued to serve the community and the schools. Jan was elected to the Columbia Public Schools Board of Education in 2007 and served four terms, including three years as president of the school board.

She holds a bachelor of arts degree in French secondary education from Purdue University and a master’s degree in library science from the University of Missouri-Columbia.

Lisa Fritsche began volunteering for the Columbia Public Schools the day her oldest child entered kindergarten in 1990. She remained a tireless volunteer through the day her fourth child graduated in 2012, and today still volunteers weekly in a fifth-grade classroom at Paxton Keely Elementary. She has also volunteered at Fairview Elementary, Smithton Middle School, West Junior High School, and Hickman High School.

Lisa has served on the PTSA board at Smithton Middle and Hickman High Schools and as a three-time co-chair of the Senior All Night Party for graduating seniors.

In addition to her work on behalf of the schools, she has been a troop leader for three different Girl Scout troops. She also is a member of the Children’s Grove board and serves as the Kindness Library Chair. She serves the Columbia Public Library as the co-manager of the Friends’ Children’s Books. A history buff, she appeared as a contestant on the television game show “Jeopardy” in 2008. 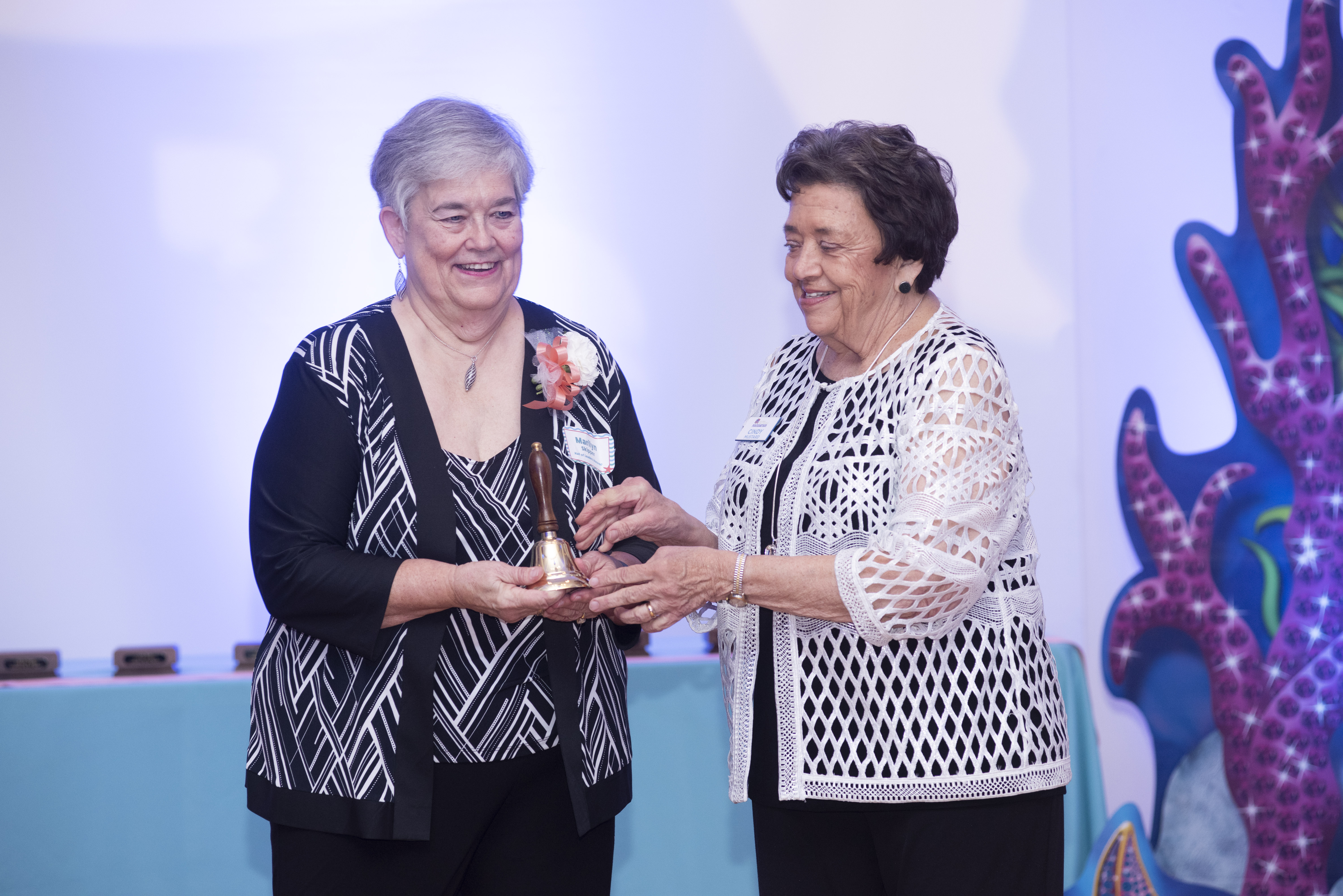 Marilyn Skipper spent 27 years teaching at the Columbia Public Schools, including 20 years at Russell Elementary teaching second grade. She also taught third and fourth grades and assisted with student music and drama performances, including directing plays and musicals for all the classes in the grade levels. She also supervised many student teachers and aides throughout her teaching career.

She holds a bachelor’s of science degree in elementary education and a master’s in elementary administration from the University of Missouri-Columbia.

Marilyn has been very active in the Columbia Community Teachers Association and was selected as Elementary Teacher of the Year in 1991. She has also been active with the Missouri Retired Teachers Association and has served in leadership positions on the executive board for 18 years. She is a member of Delta Kappa Gamma and Alpha Delta Kappa, international honorary organizations for women educators.

Pat Jackson taught fifth grade at several locations around Missouri as well as at Fairview and Grant Elementary Schools. At Grant, she enjoyed teaching in the same room where she was a student some years earlier. She served on the Partners in Education committee at Grant, where she introduced a banking and trust program. Pat had the privilege of helping to open three new schools during her career, including Mill Creek Elementary, where she remained until her retirement.

In retirement, Pat has volunteered with the Assistance League of Mid-Missouri, the Missouri United Methodist Church and Show-Me Central Habitat for Humanity, where she helped organize the construction of the first local Habitat Office and Restore as well as the first All-Women Build in Columbia. 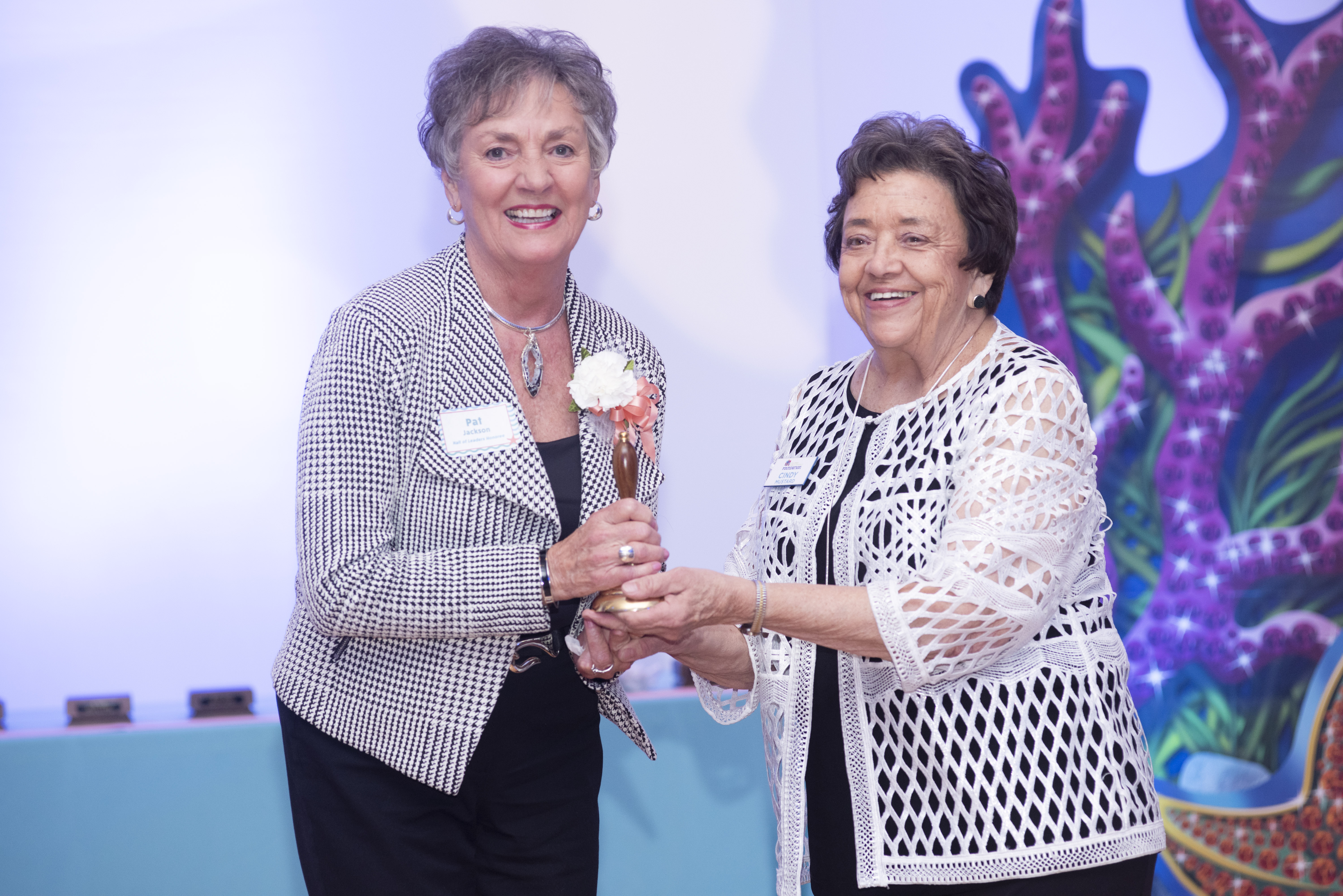 Owen Jackson served as the assistant superintendent for elementary education for the Columbia Public Schools from 1979-1990. He has also been an assistant principal and principal, both in Columbia and elsewhere in Missouri. Owen also served as the assistant superintendent of elementary education for the Northwest R-1 district, and as an adjunct professor of education at the University of Missouri-St. Louis.

After retiring from CPS, Owen became an assistant professor of education at Columbia College and later the coordinator for clinical experiences. Among his many honors, he is the recipient of the MU College of Education’s Citation of Merit for Outstanding Achievement and Meritorious Service.

Julia Marsh taught in Columbia Public Schools for more than 26 years, with a special interest in mathematics. In addition to her teaching responsibilities, she taught remedial and enrichment summer programs, led numerous math workshops for teachers, wrote and evaluated curriculum materials in a variety of subjects, and wrote assessment materials in elementary mathematics for the Missouri Department of Education. She also taught mathematics for the elementary classroom teacher at the University of Missouri.

Julia was honored as a state finalist for the Presidential Award for Excellence in Teaching of Mathematics and Science in 1999 and 2001, and as the Outstanding Elementary Mathematics Educator by the Missouri Council of Teachers of Mathematics in 2003. She has also been heavily involved in local, state and national 4-H programs.

Jack Jensen’s 33-year tenure with the Columbia Public Schools began as a teacher at West Boulevard and then Russell Elementary. He later served as assistant principal at the then-new Mill Creek Elementary and at Smithton Middle School before becoming principal at Two Mile Prairie Elementary and Smithton. Jack was the assistant superintendent of elementary education for CPS for seven years.

Jack earned his bachelor’s degree in elementary education from Missouri State University, and a master’s of education and doctorate in general administration from the University of Missouri-Columbia.

Following his retirement from CPS, Jack served as the executive director of First Chance for Children, working on early childhood issues both locally and statewide. He is currently president-elect of Missouri KidsFirst, a statewide nonprofit working to prevent child abuse and neglect.

Donna Claycomb Sokol is a graduate of Rock Bridge High School. Donna is the pastor of Mount Vernon Pace United Methodist Church in downtown Washington, DC. Since her appointment to the congregation in July 2005, the congregation has transitioned to a growing one composed of many young adults working to make a difference in the nation’s capital. She previously served as minister of congregational care at First United Methodist Church in Hendersonville, NC, and as director of admissions at Duke Divinity School. Prior to joining the ministry, she spent three years on Capitol Hill, serving on the staffs of U.S. Congressman Eric Fingerhut and U.S. Senator Tom Harkin.

She earned her undergraduate degree from William Woods University, a master of divinity from Duke University and her doctor of ministry degree from Wesley Theological Seminary.

Donna is the co-author of “A New Day in the City.” She serves as a member of the Duke Divinity School Board of Visitors and regularly speaks about leading change and congregational renewal. 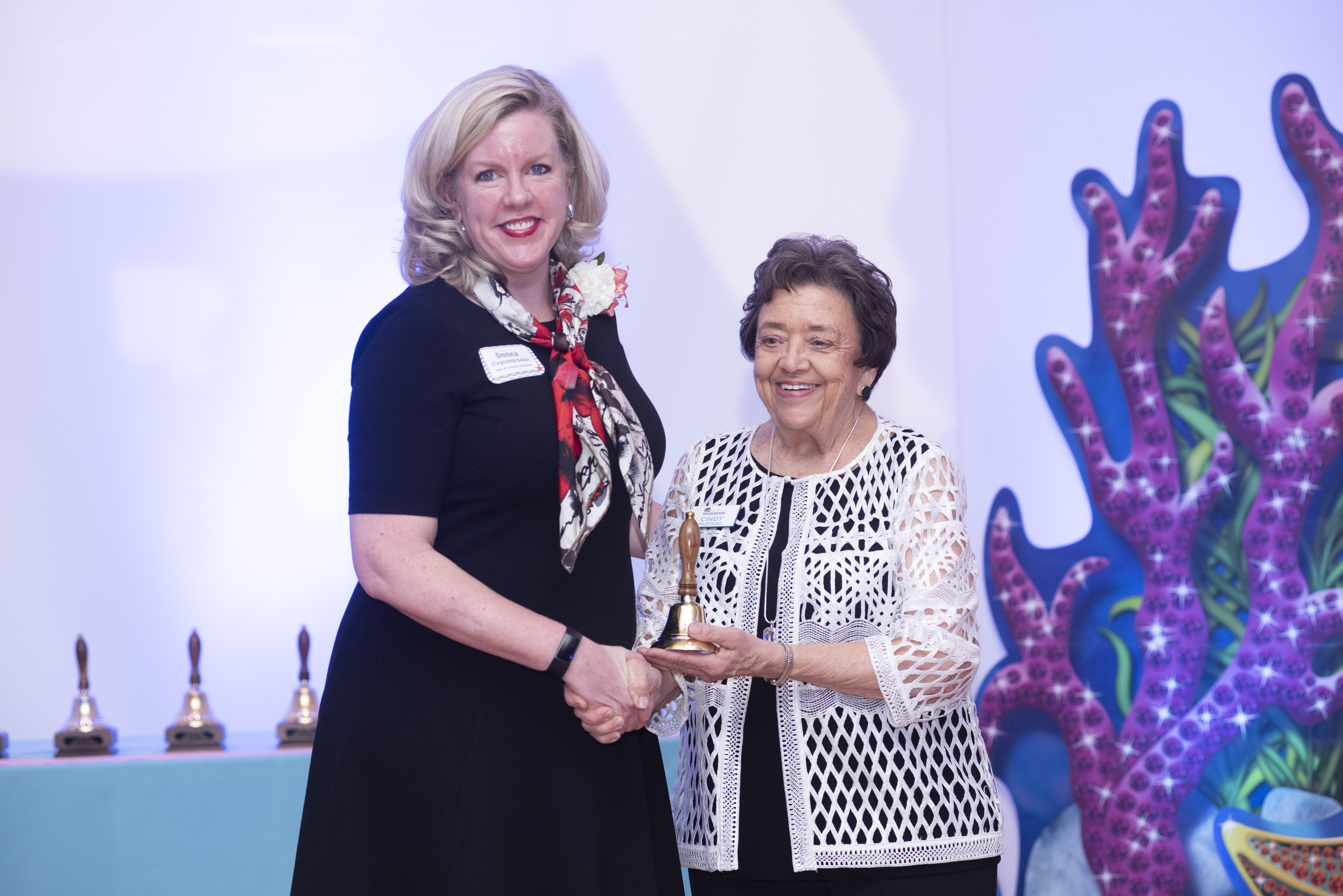 Stephanie Price is a graduate of Fairview Elementary, Smithton, West Junior and Hickman High School. She is a board-certified child psychiatrist in Charleston, SC, where she works as an attending physician at the Medical University of South Carolina. She also works in private practice to treat those experiencing personal anguish.

Stephanie is the recipient of many honors and accolades, and is dedicated to community involvement, including international service learning through medical mission trips.