Katie Mustard is a graduate of Hickman High School. Katie has joined the Netflix International Production Team as the head of physical production for feature films and television series from Europe, Middle East and Africa. She will be relocating to Amsterdam this fall with her husband and son. Katie’s passion for filmmaking can be seen with the many movies she has produced, including 38 movies, 20 short films, four feature length documentaries and dozens of commercials. She has produced multiple films for the Sundance International Film Festival, with her ninth film premiering there in 2014. Her first feature length documentary, American Shopper, was filmed in Columbia.

Katie attended film school at the University of Southern California, where she graduated with honors with a bachelor’s degree in cinema-television. She also is a graduate of the master’s in producing workshop in Tel Aviv, Israel, where she began collaborations with producers from around the world.

Katie is represented by the United Talent Agency. In 2015 she was named by the entertainment industry’s leading trade publication Variety as a Top 10 Producer of the Year and was honored as a cultural ambassador for U.S. embassies in third world countries as part of the American Film Showcase. 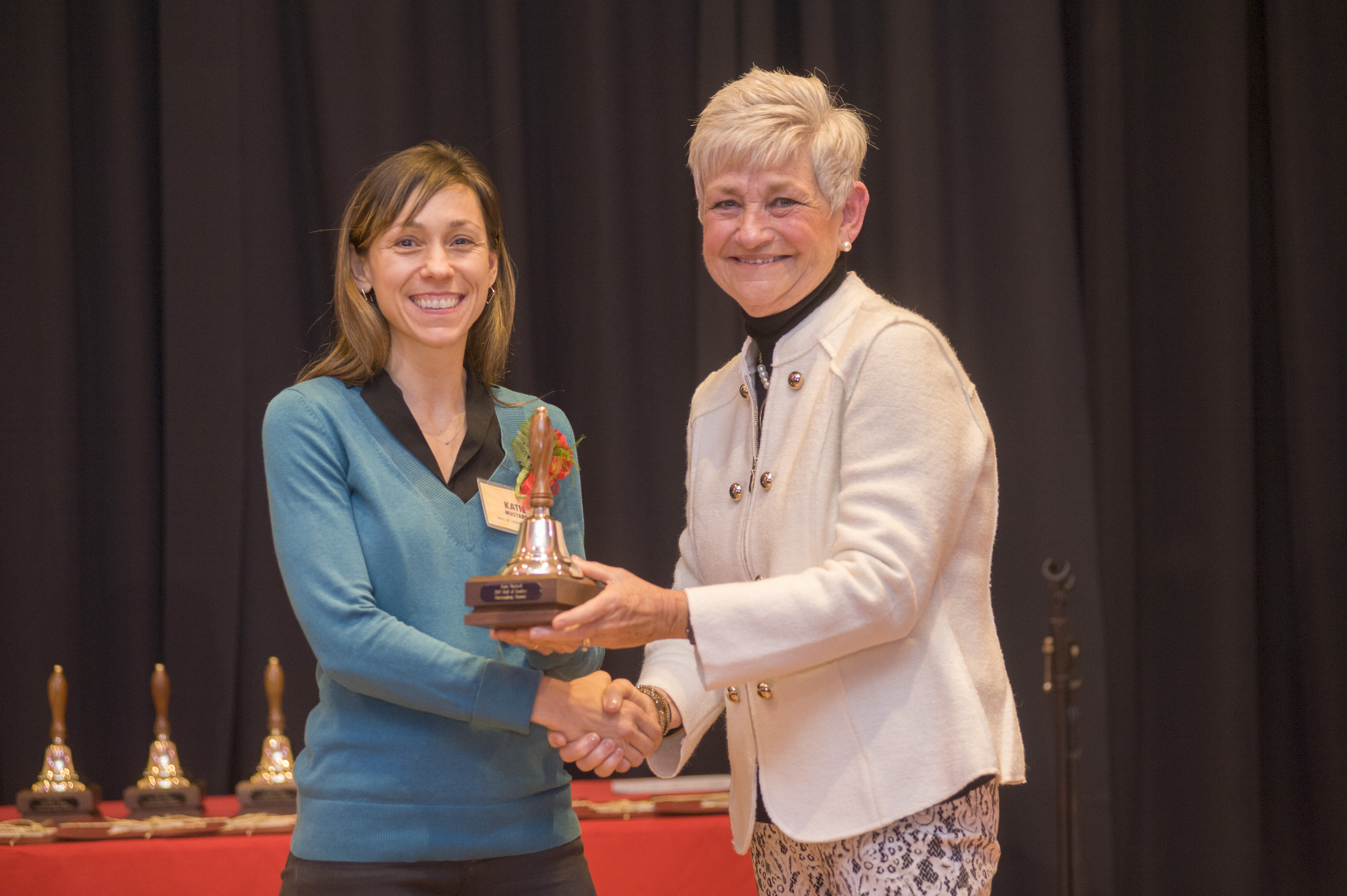 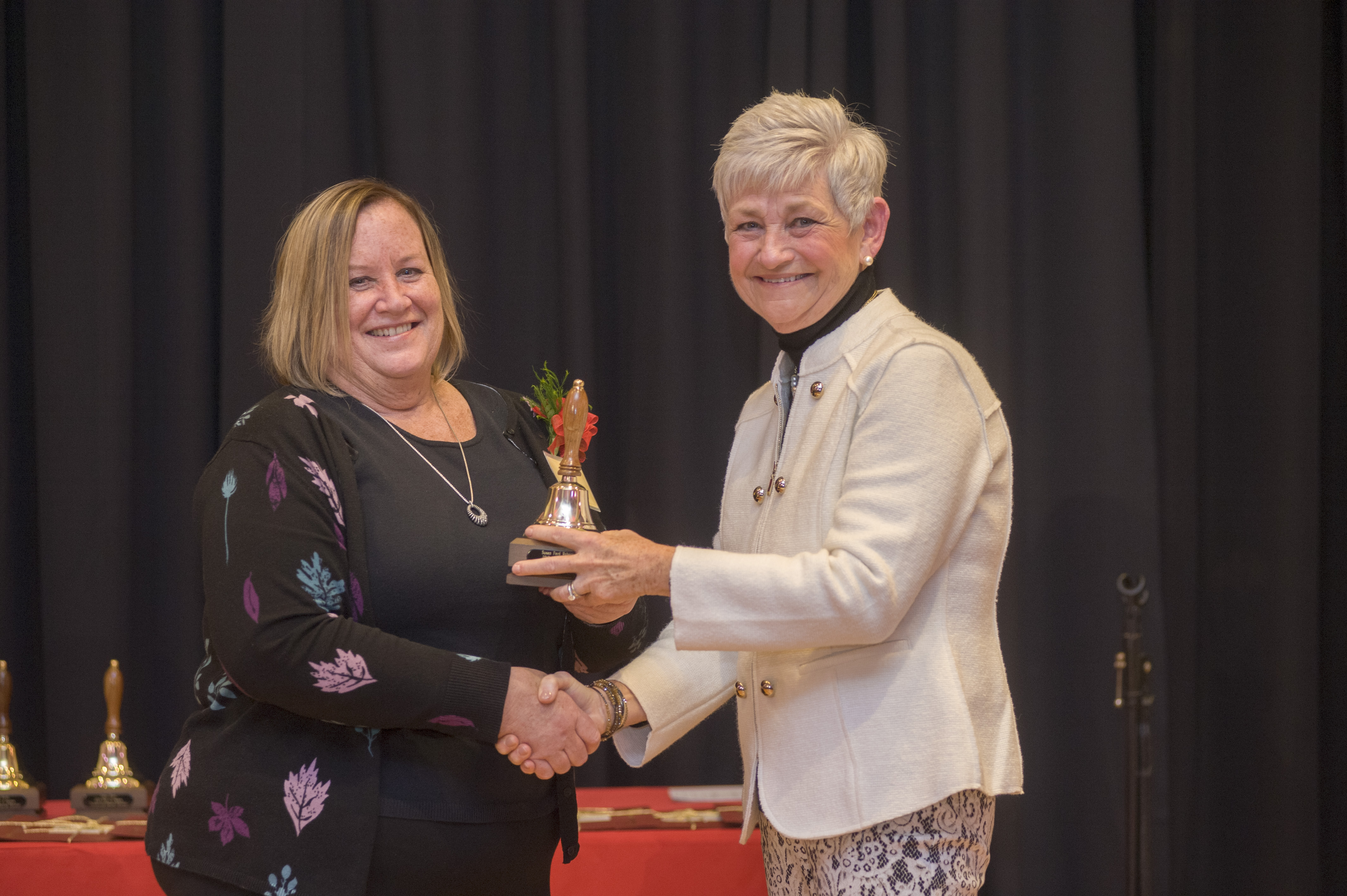 Susan Ford Robertson is a graduate of Hickman High School. She practices law in Kansas City at The Robertson Law Group, LLC, where she serves as appellate counsel assisting trial counsel across the nation in all phases of all complex civil litigation. She has over 160 published federal and state appeals. Susan is an elected fellow in the American Academy of Appellate lawyers, and she is the first and only female attorney from Missouri so elected. She also is an elected fellow of Litigation Counsel of America and is the only Missouri attorney to be serving on the Super Lawyers Advisory Board of Directors.

Among her many honors, she is the recipient of the 2011 Women’s Justice Awards Litigation Practitioner of the Year, the Kansas City Legal Leader Civil Justice Award and the Missouri Bar President’s Award. For the past 10 years, she has consistently been named to the Top 100 Missouri Lawyers, Top 50 Kansas City Lawyers and the Top 50 Missouri and Kansas Women Lawyers by Super Lawyers. 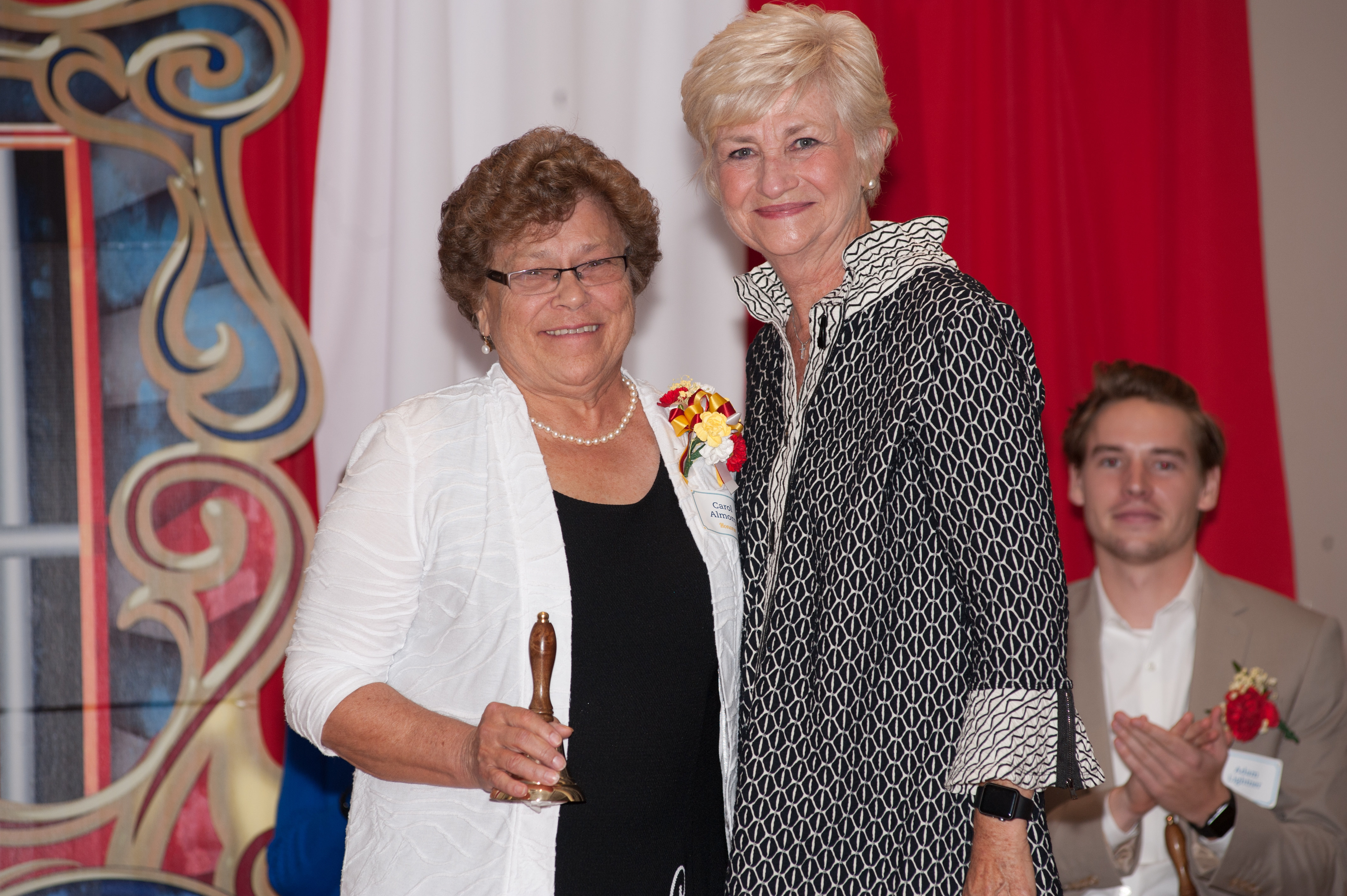 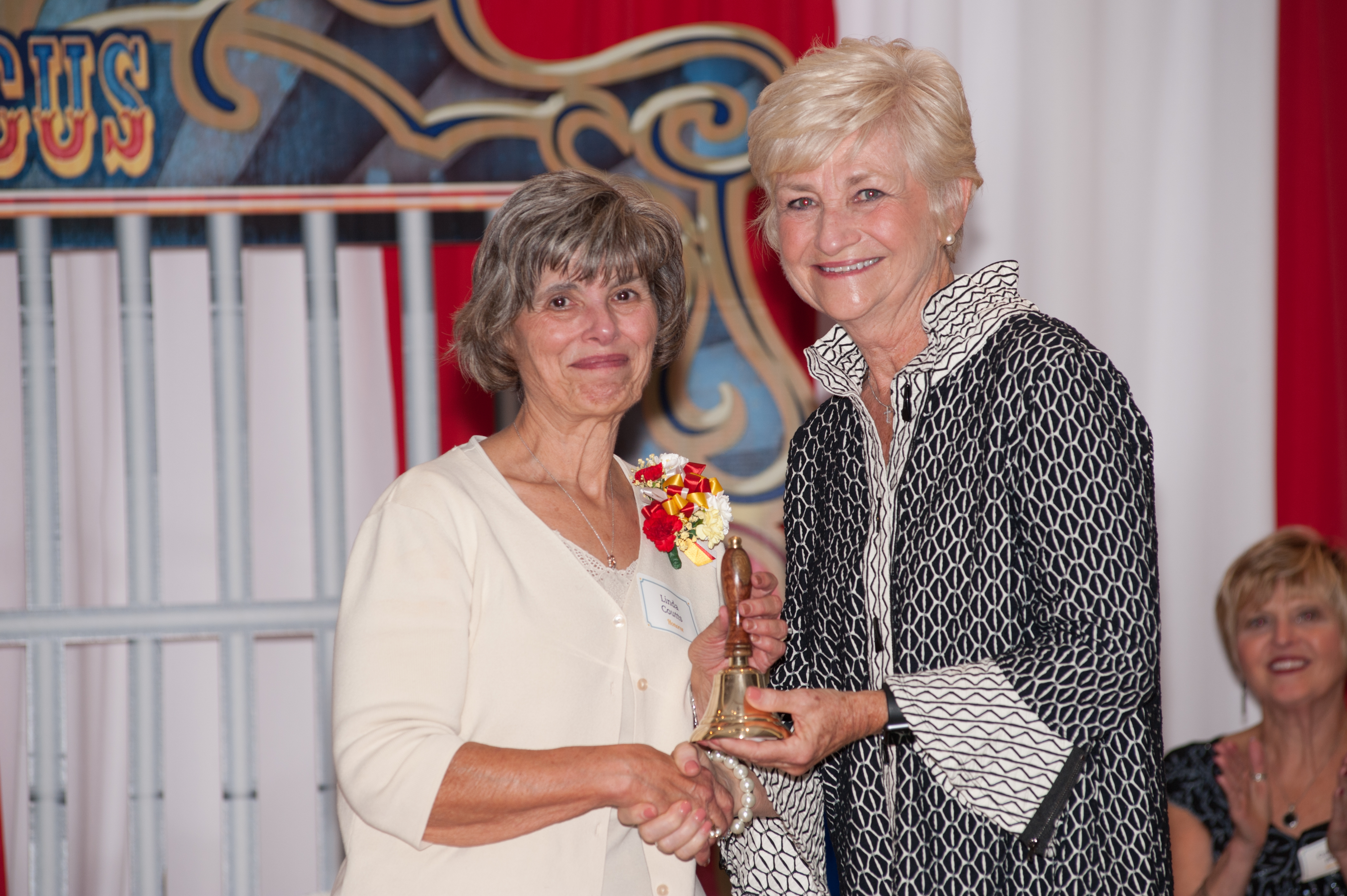 Linda Coutts began her teaching career as a third-grade teacher in St. Louis County in 1970. In 1978, after completing her degree in mathematics education, she was recruited to be the elementary mathematics supervisor for Columbia Public Schools, a position she served in for 32 years. Since retiring from CPS, Linda has taught elementary and early childhood mathematics methods at MU.

Darlene Huff began her career with Columbia Public Schools in 1980 as a school nurse, ultimately becoming the coordinator of the Health Services program in 1990 until her retirement in 2004.

As schools faced barriers to learning represented by poor student health, Darlene sought out new ways to improve children’s health and therefore their ability to learn through education and prevention strategies. Under her leadership, a Comprehensive School Health Policy and Procedure Manual was developed for CPS and was ultimately shared with other Missouri school districts. Darlene also served as an adjunct professor at the University of Missouri School of Nursing and worked with Dr. Robert Gaines to establish a spinal screening program that was implemented in school districts throughout the state.

Darlene established the Dr. Gene E. Huff Educational Scholarship program that annually provides a Career Advancement scholarship award and a Teaching Fellowship scholarship award to CPS educators and teaching fellows. She serves on the board of directors for the MU School of Nursing Alumni Board. 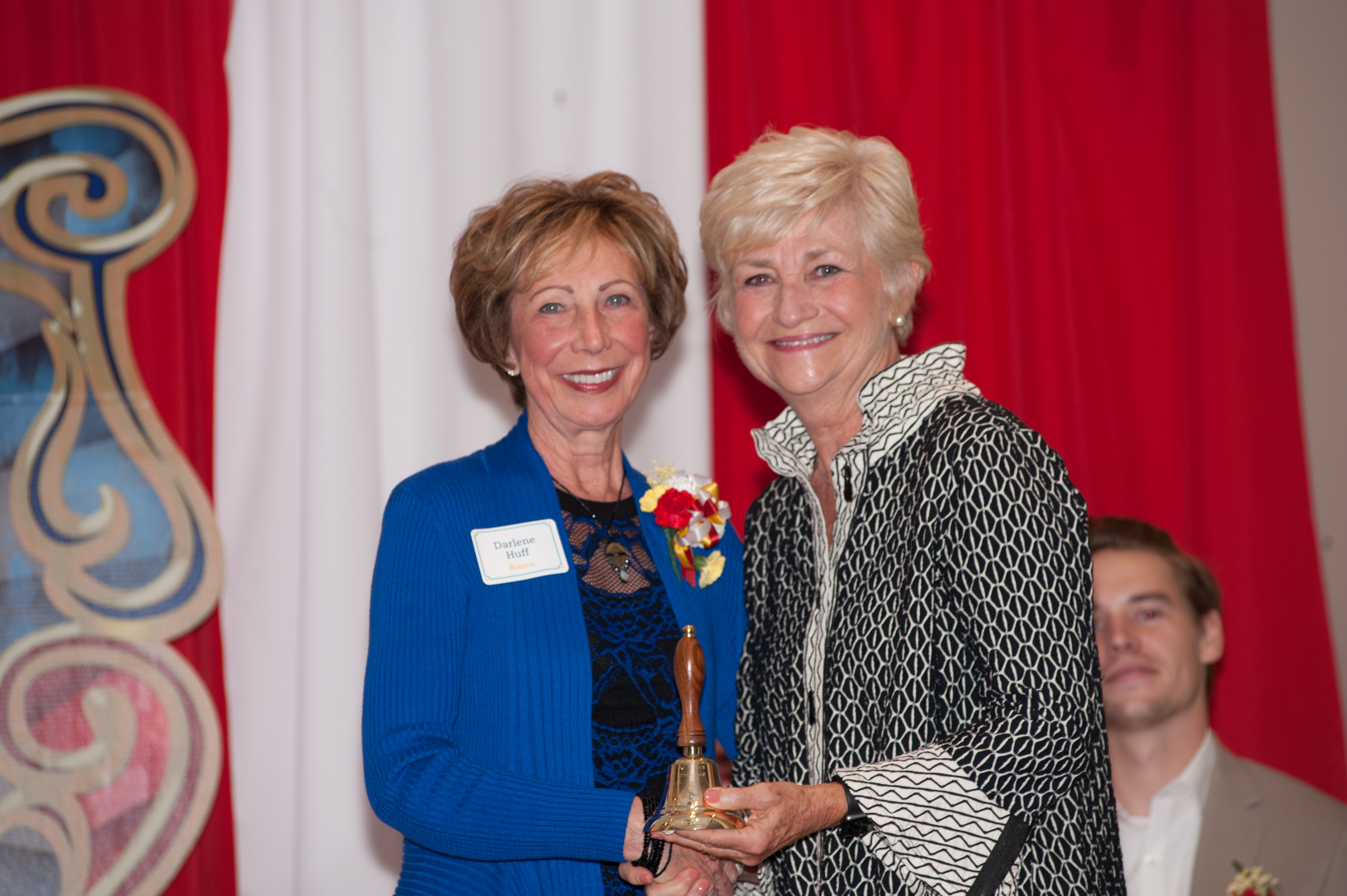 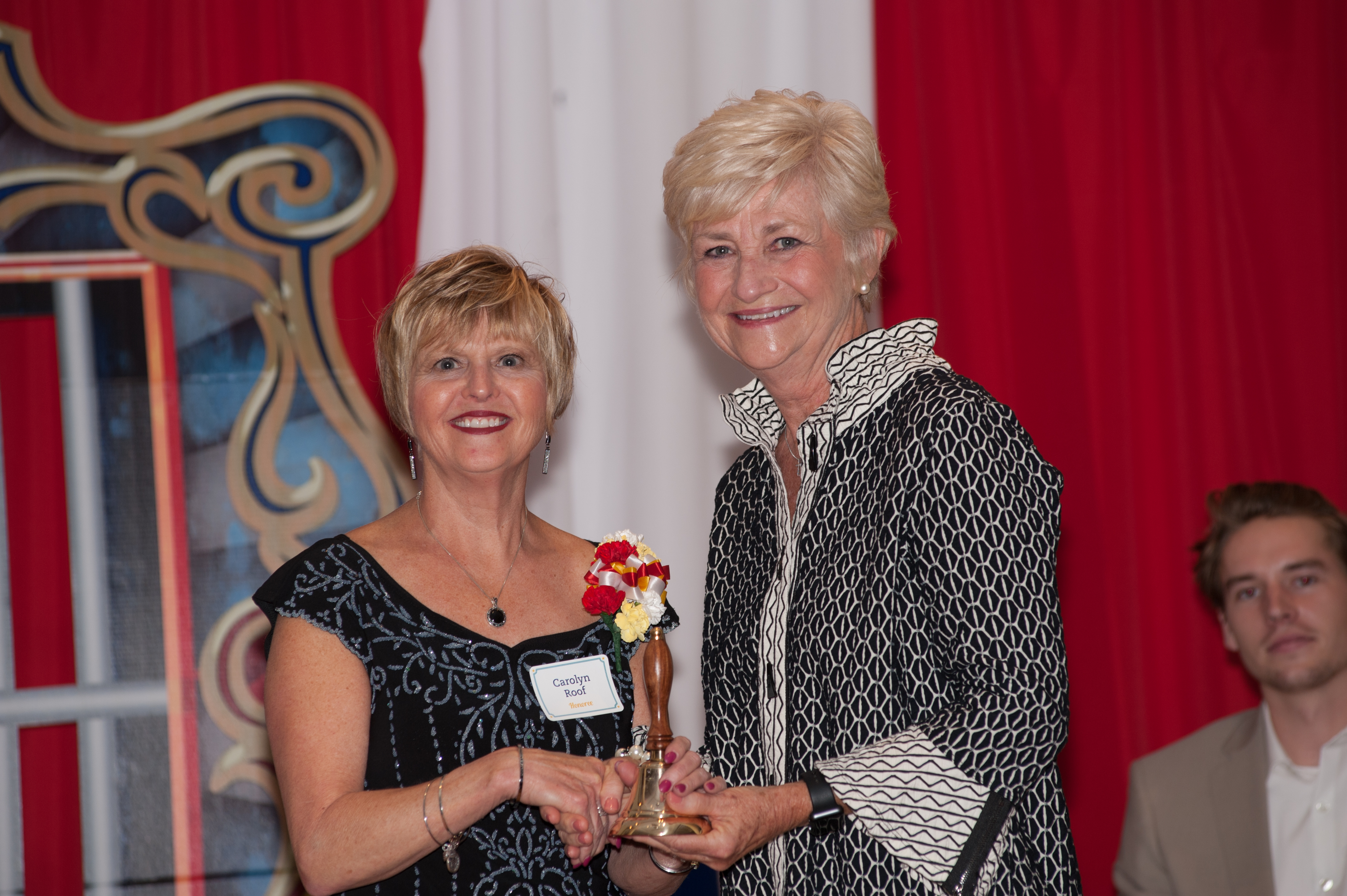 Carolyn Roof has spent her professional career helping countless students and families as a counselor. She served as an elementary school counselor at Columbia Public Schools and the CPS elementary district school counseling coordinator until 2010. As counselor, she developed and implemented the use of many career education materials and organized career fairs and career days.

At Mill Creek Elementary, she was well-known for her active involvement in everything from Career Days to Doughnuts for Dads. She was a positive force and developed many fun activities children wanted to be a part of, whether spending time with Siggy the mascot or enjoying her puppets and hats for every occasion. She was an active member of the Mill Creek Elementary Partners in Education program and was honored for her work with a career education award.

Carolyn is an adjunct faculty member in the School Counseling department at Stephens College. She serves on the leadership board of the Mid-Missouri School Counselor Association and leads the School Counseling Curriculum Writing Project at the Missouri Department of Elementary and Secondary Education. Carolyn has a bachelor’s degree in education and a master’s degree in elementary guidance and counseling from Northwest Missouri State University. She also has self-published numerous children’s books.

Dr. Jim King served as principal of Rock Bridge High School from 1993-1998 and as assistant principal there from 1978-1992. Dr. King passed away earlier this year.

As principal, Jim enlisted teachers to examine the possibility of various schedules to enhance learning. After much research and input from faculty, Jim created a schedule customized to meet the needs of RBHS and the block schedule was initiated. Today the block schedule remains in place at Rock Bridge and has been expanded to all three CPS high schools. He also was dedicated to the Global Village multicultural event at Rock Bridge, where students displayed their cultures in the commons with music, food and artifacts. After retiring, Jim would return to Rock Bridge each year to experience Global Village.

Following his retirement from CPS in 1998, Jim became the executive director of the Missouri Association of Secondary School Principals. As he traveled to different districts, Jim continued to sing the praises of CPS, and when he returned home, he would remind everyone of “how good we have it” at CPS. Jim earned a bachelor’s degree in French and a bachelor’s degree in education from Central Missouri State College, and a master’s in education and a doctorate of education in secondary administration from the University of Missouri-Columbia. 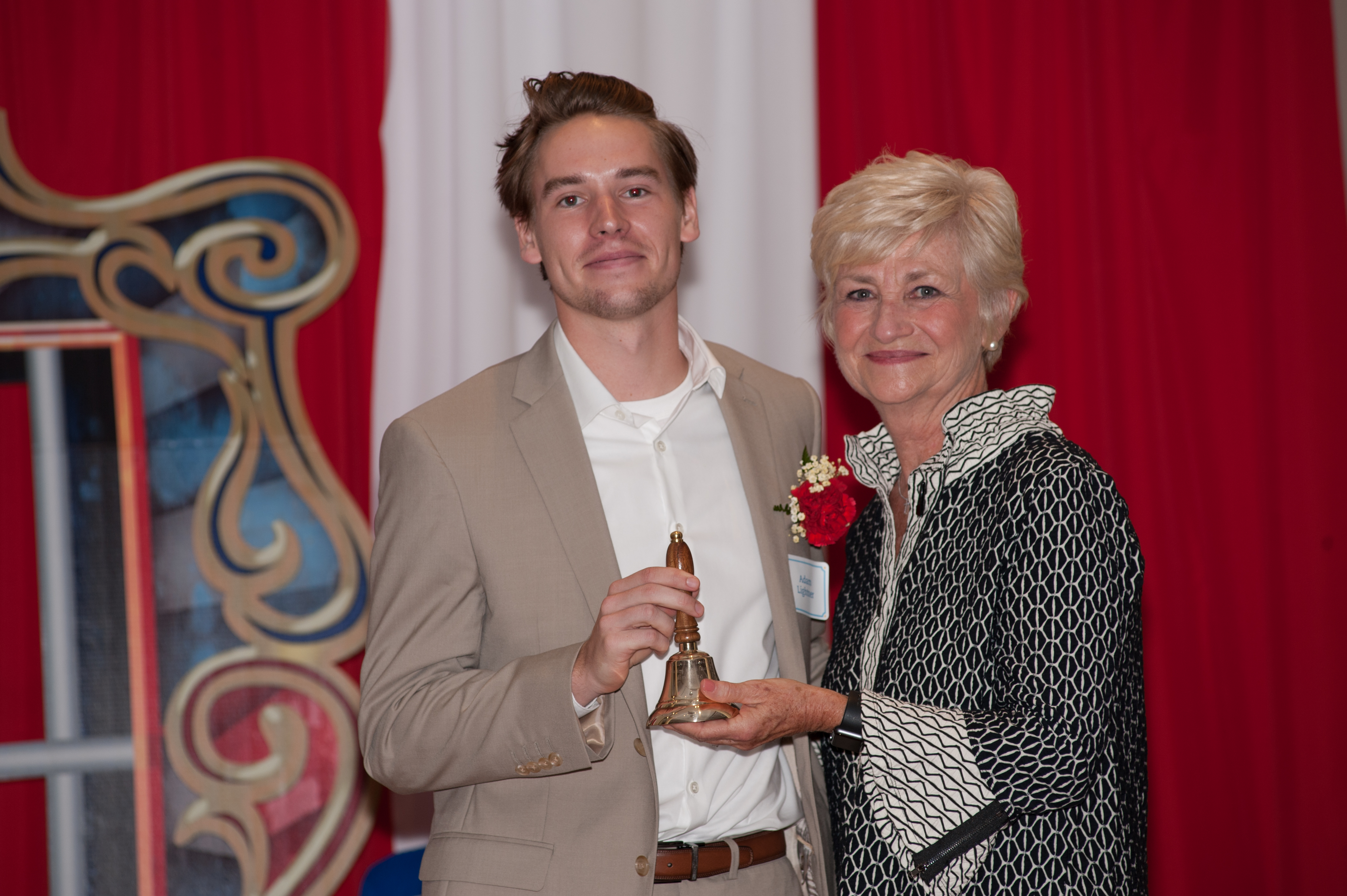 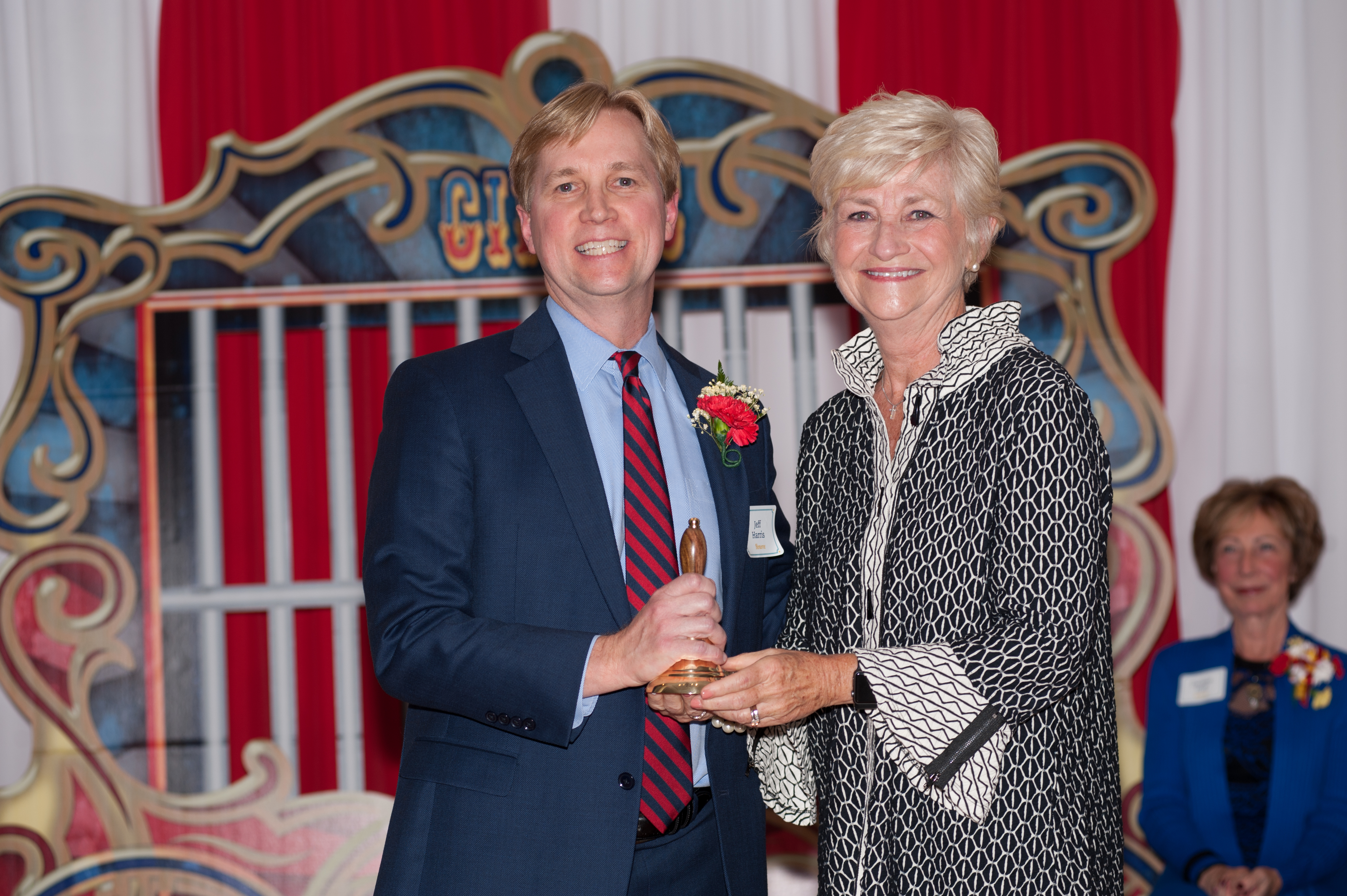 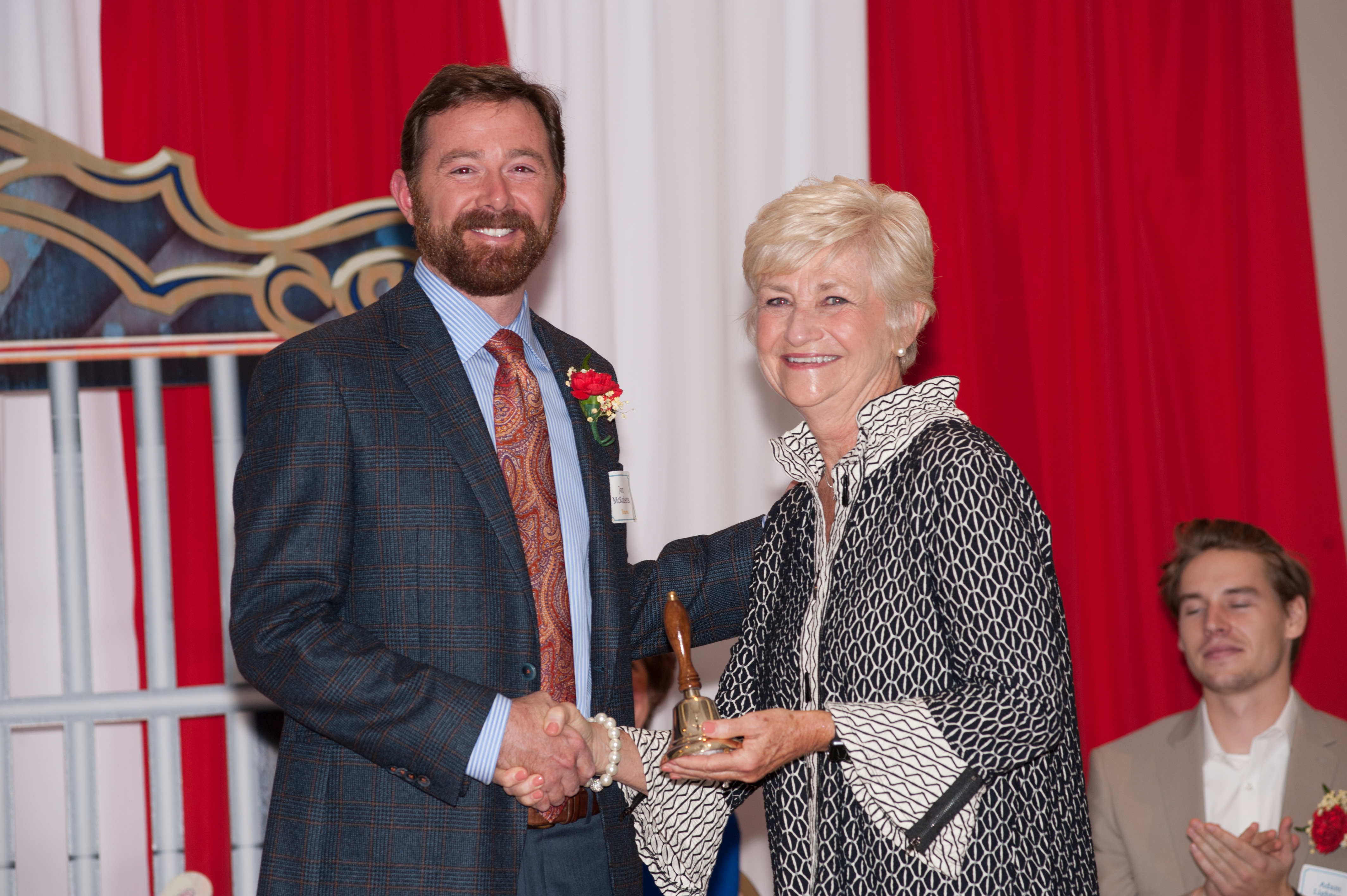 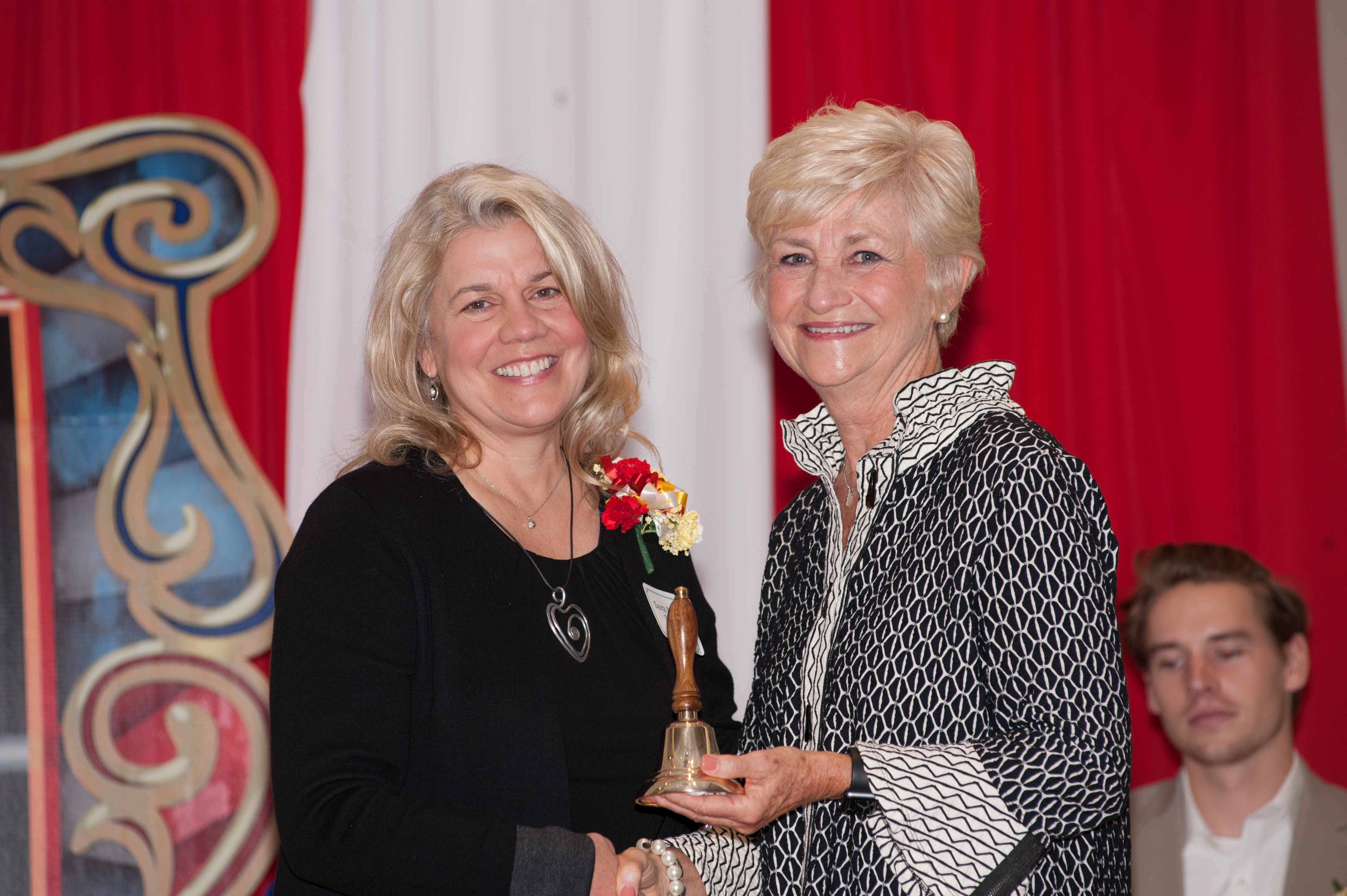 Sara Parker Pauley was appointed by the Missouri Conservation Commission in 2016 as the director of the Missouri Department of Conservation, making her the first female director in the department’s 80-year history. She previously served as the director of the Missouri Department of Natural Resources. She also has worked as a project manager for D.J. Case & Associates, a natural resources communications firm. She worked with federal and state agencies on policy development, marketing, and environmental compliance. She also served as chief of staff to former Missouri House Speaker Steve Gaw.

A lifelong conservationist and an avid hunter, Sara has been an executive committee and board member of the Conservation Federation of Missouri. She was a member of the board of the American National Fish & Wildlife Museum, where she served as director of conservation programs. She has published a number of articles on wildlife and natural resources management and was honored with the Bass Pro Conservation Partners of the Year Award.

A native of Columbia, Sara received both her bachelor’s degree in journalism and her law degree from the University of Missouri-Columbia, and did post-graduate studies in Australia as a Rotary Fellow. She is a graduate of Hickman High School.